This is Not a Drill! Penguin 4.0 is Finally Here

Google Penguin 4.0 update: we’ve been waiting for this since 2014, but it seems like the wait is finally over!

Google has just updated its Penguin Algorithm after a two-year period. The last time Penguin went through an update was in October 2014 to introduce Penguin 3.0. Any websites that were penalised at the time remained so until now.

This is good news for these websites! They can now ‘begin anew’, given that the algorithm has finally been refreshed. 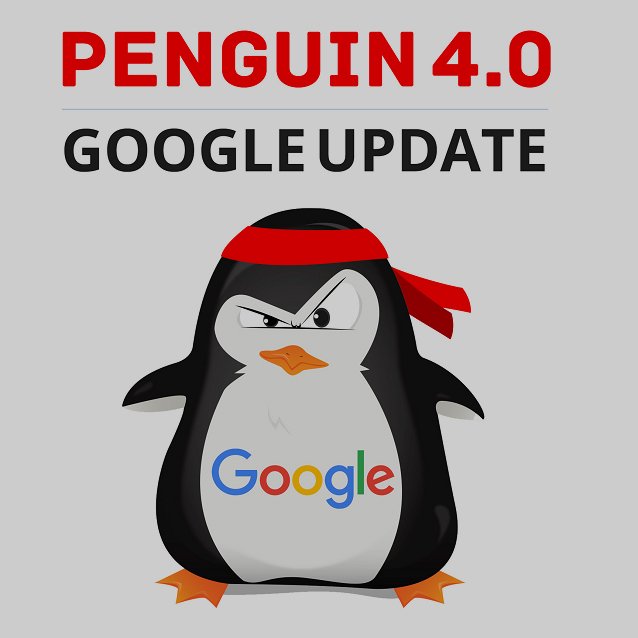 Google Penguin is the code name for Google’s algorithm that targets websites that violate their Webmaster Guidelines using black hat SEO techniques. For those who don’t speak technical SEO, this involves acquiring vast numbers of irrelevant and poor quality links. Thus, manipulating the number pointing to a specific page to artificially increase its ranking.

Google uses its ranking algorithms to ensure that it can provide its users with a positive search experience. This means that they want only the most relevant, high quality and deserving sites that adopt white-hat SEO techniques to rank highly in their search results.

Penguin 4.0 is now rolling out across Google’s search results, and changes are coming your way.

So What Changes is This Update Introducing?

First of all, what immediately catches attention in Google’s official press release is that Penguin is now real-time. While it can be difficult to say what this means to current website rankings, we can infer the impact 4.0 will have from previous updates.

Essentially, Google Penguin works as a filter; it tries to catch sites that it deems to manipulate search results by acquiring poor-quality links illegitimately. These websites were penalised back in 2014 and have carried the effects of this penalty until the recent update – even if they have since removed or disavowed the ‘spammy’ links.

Penguin 4.0 will continue to hunt for websites with these spammy links. However, since updates will now happen in real-time, it is likely that if your site is initially penalised, but you then fix the source of the problem, your site will be reconsidered by Google far more quickly than in the past. You won’t need to wait until a new version of the filter comes out and removes the penalty.

Keep an eye on your traffic and see if you spot any drops in organic traffic. If you do, you must deal with it as soon as possible to avoid dropping further in the rankings by taking action quickly.

In Google’s words, they’re not “going to comment on future refreshes”, which seems to indicate that there will indeed be no more large Penguin updates, but rather frequent real-time refreshes will occur without the need for announcements. The algorithm updates will be visible faster and will come into effect soon after your page has been indexed or re-indexed.

It might be too soon to tell, or you even see an immediate hit to your website – no matter the case, it’s important that you give it some time, at least a week or two, so that the update has time to roll out fully.

How can you know for sure if you’ve been affected? The best thing to do is to keep an eye on your traffic over the next couple of weeks and see if you spot any drops in organic traffic. If you have, you must deal with it as soon as possible since you can speed up your website’s recovery and avoid dropping further in the rankings by quickly taking action.

The SEO specialists at SQ Digital marketing agency have dealt with the Penguin updates since it first went live in April 2012, so we can certainly lend you and your site a helping wing when the Penguin algorithm decides to stick its beak in. From making sure you’re sporting healthy links to giving your website and blog a good ol’ clean, we can get you back up in no time.