So, as a digital marketing agency, we understand the importance of staying on top of the latest social media news and figures.

Social media has evolved rapidly over the last few decades. Once upon a time, Myspace was the place to be, boasting the title of most visited social media networking site in the world from 2005 until early 2008. Today, Facebook dominates the web with almost 2.45 billion monthly active users worldwide.

It’s not just the number of people on social media that has increased. The amount of time we spend daily on social media has also grown year on year; on average, we now spend 2 hours and 23 minutes on social media each day, from browsing to messaging.

For instance, on Facebook, we spend an average of 58 minutes a day while the daily time spent on YouTube is 40 minutes and, on Snapchat, 49.5 minutes.

The various social media platforms offer something different to its users, and these unique selling points have caused divides in the demographics of users for each platform. Age is, undoubtedly, a driving factors behind how people use social media.

The device used is another factor. Mobile accounts for half of the world’s internet usage and, while computers are still crucial for connectivity (with around 75% of internet users aged between 16 to 64 still using laptops and desktops to browse the web), mobiles account for, approximately, 53% of searches. 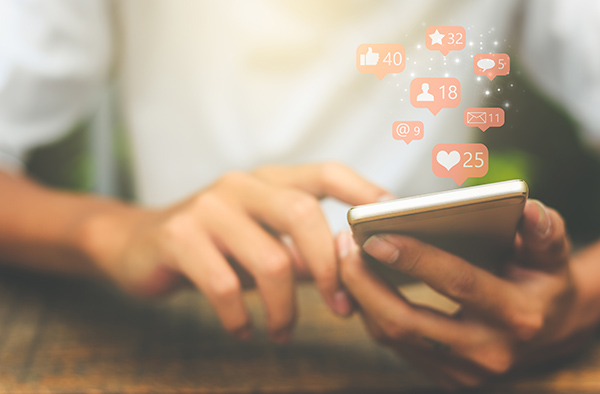 It’s been known for a while now that Facebook is no longer the bubbling hub for young people to flock to, as it once was. What started as a platform exclusively for students is currently seeing a shift in entirely the opposite direction, with younger users leaving or not signing up at all, and an increase in the number of older people joining.

As you can see, over 25s account for 70% of all Facebook users, with the highest demographic being those aged 25 to 34. It’s not a coincidence that younger people prefer other platforms while more of the older generation sign up. It seems young people won’t want their parents to have such a close eye on what they’re up to online. In the UK, Facebook users aged between 20 to 29 years old use the social platform more than any other demographic.

Also, other platforms are introducing innovative features at a much faster rate than Facebook, capturing the attention of young users.

Instagram is incredibly popular with Millennials, and this may be where a lot of the cohort who dropped Facebook ended up. There are over 1 billion monthly active users on this platform and the bulk of them are under 35 years old.

Here is the age breakdown of Instagram users around the world in 2020:

Instagram currently has a comfortable hold on the younger generation of adults. It was a savvy move by Facebook to purchase its competitor back in 2012, essentially clinging on to the young generation rapidly abandoning their platform.

Twitter is the third most popular social media site in the UK after Facebook and Instagram, with 16.7 million active users. 500 million Tweets are sent out each day worldwide and almost two thirds of Twitter users in the UK are under the age of 34.

Here’s a breakdown of Twitter users worldwide by age, as of January 2020:

Like Instagram, Twitter mainly maintains a younger audience in the UK but, in the US, Twitter users are distributed more evenly across the different age demographics, with people aged between 13 and 17 years old accounting for 32% of users and over 50s accounting for 24% of users.

Snapchat: Down with the Kids

In the UK, there are 18.7 million Snapchat users, and there were 67 million daily active Snapchatters in Europe recorded in the last quarter of 2019. Snapchat’s key age bracket appears to be 13 to 24-year olds, who account for 90% of all users.

In the United States, Snapchat is the most popular social network for 41% of teens. Other US statistics include:

Snapchat is a popular platform with teenagers and young people. It’s a close race between Snapchat and Instagram to battle it out to be top dog amongst the younger demographics. Research would suggest that Snapchat holds that top spot for now, but it will be interesting to see if this changes in the future.

The Rise of Video Platforms

YouTube gets 2 billion signed-in monthly active users around the world, who watch 1 billion hours of video every single day. The platform is incredibly easy to access, which also contributes to its popularity – YouTube can be browsed in 80 different languages, which covers 95% of all internet users. In the US, 96% of people in the 18 to 24-year old demographic uses YouTube, with research suggesting that this age bracket prefers to watch video platforms more than live TV.

Alongside YouTube, smaller video sharing platforms are rapidly rising in popularity. Vine was all the rage when it started in 2012, gaining 200 million active users by 2015 before shutting down in early 2017. Their unique video format of allowing users to upload short, 6-second videos proved to be very popular and paved the way for the newest kid on the block in the video sharing platform world: TikTok.

TikTok launched in 2017 and allowed users to create short videos. Its popularity soared and the platform now has 800 million active monthly users. Around 50% of its global audience is under 34 years old. TikTok became the most downloaded app in the US in October 2018 and, in December of that year, the platform entered the top 20 mobile apps ranked by number of minutes spent.

Currently, TikTok doesn’t have a substantial number of users in the UK compared to other social media platforms, but it is one to keep a close eye on in the future.

The Role of Social Media in Digital Marketing

Being active on social media is one of the most critical aspects of digital marketing. It helps businesses to reach new customers, create leads and generate brand awareness. Social media is an excellent way for companies to engage and interact with customers, establishing a strong relationship with them.

Twitter, for example, allows brands to interact with their customers on an open platform directly – this can sometimes result in a company’s Tweets going viral online if they give a humorous or banter-like response. Of course, this can be a double-edged sword as a brand must ensure their social media posts go viral for the right reasons, and that it doesn’t result in harming the company’s image.

While having a presence on every social media platform might seem like the best way to get your brand out there as much as possible, it could be a mistake. Unless you have a considerable workforce behind your social media team, you’re unlikely to be able to use every single platform to its fullest capacity.

It’s much better to do exceptionally well on two or three social media platforms than it is to do a poor or an average job across all of them. Using the age demographics of social media, you can decide on which platforms to focus your efforts. 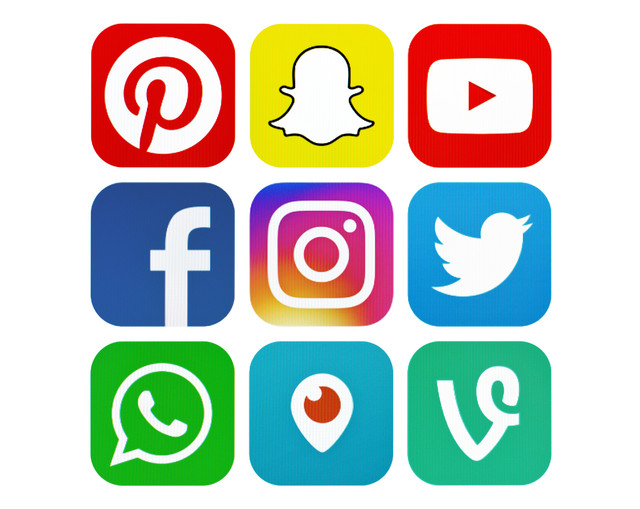 If you would like to learn more about the role of social media in digital marketing, and how we can be your social media agency, get in touch with us by calling 01524 580 777 or filling out our enquiry form.